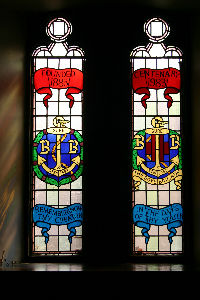 Last month I mentioned that over the coming year our Junior Section will be celebrating the 100th anniversary of its formation. The section was founded as the ‘Boy Reserves’ on the 18th of February 1920 and became the ‘Life Boys’ in 1926 and later the ‘Junior Section’. It was formed just three years after the Brigade Executive agreed in 1917 to create a ‘junior corps’ for Boys aged 8 to 11 as it was felt there was a need to cater for this age group – previously the minimum age to join the Boys’ Brigade was 12. We can therefore say, with some confidence, that the 22nd Paisley’s Junior Section is perhaps one of the oldest Junior Sections in the country. We should be proud of this and it is important that we mark this milestone – and we have plans to do just that!

I have recently sent ‘Loyal Greetings’ to Her Majesty The Queen, the Brigade’s Patron, on behalf of the Junior Section and we are hopeful that we might have a reply to read out at our Annual Display on Friday 27th March. Our Inspecting Officer this year will be Colonel Peter McCarthy, the Lord Lieutenant of Renfrewshire. At the Display we will be dedicating a new trophy – ‘The Centenary Trophy’ – which will replace our existing aging trophies and will be awarded to the best Junior Section Boy. All friends of the company are, of course, invited – it would be great to see some former Junior Section Boys! It’s a 7pm start.

On Friday 21st February (2020) the Anchors and Juniors enjoyed some 100th birthday cake, in August we’ll be having a 100th birthday party, and in October the Junior Section will be presenting a special gift to Sherwood Greenlaw at our annual Service of Rededication. We’ll also be giving the Boys a special badge and a Gideon’s BB Bible to mark the occasion. The Junior Section Boys have requested trips to the cinema and bowling – so we’ll be planning those too.

While it’s important that we reflect on our history, we must also look to the future! Unfortunately, in recent years our numbers, like those of the Brigade at a national level, have declined significantly. We are working hard to try and recruit new members whilst, at the same time, always seeking to ‘Raise the Bar’ and ensure that our existing Boys get a rewarding, relevant, fun and exciting Boys’ Brigade experience. Why not follow us on Facebook to see what we get up to and please keep telling others about the good work we do.

Since my last update some of our Anchor Boys have attended a Battalion Fun Day at Stow Brae Kirk at which they got to take part in a range of fun and games with Boys from a number of other companies, and our Company Section Boys took part in the BB’s ‘Top Team Challenge’ which involves a number of physical and mental challenges. Boys from across the UK take part with results collated by BB HQ in London – we’ll find out in a few months how our Boys got on. Our thanks to George Murray and Tom Goldie for once again acting as our independent adjudicators.

On Saturday 22nd February the company was bag packing at Morrisons (Anchor Mills) and on Saturday 7th March we held our annual Coffee Morning. Thanks to all the Boys, families, officers, helpers and friends of the Company who supported these fundraising events. We’ll update you next month on how much we raised.

13We have a busy few weeks ahead before we have a bit of a break over Easter with all three sections working hard to prepare for our Annual Display. The Anchors and Juniors both have Battalion Fun Days to look forward to and the Company Section Boys will be taking part in ‘Forensics Workshop’ led by a group of students from Strathclyde University.

As always, if you have any questions please speak to any of the Officers.